Many people think of dance as human communication at its most basic level. Some form of dance can be found in every culture, regardless of its location or stage of development. It is easy to see that dance is a natural, universal human activity. Scholars tell us that dance sprang from religious needs; they say that the theater of ancient Greece developed out of that society’s religious, tribal dance rituals. How is dance unique?

Normally, music accompanies dance; now and then, however, dance makes up part of opera. 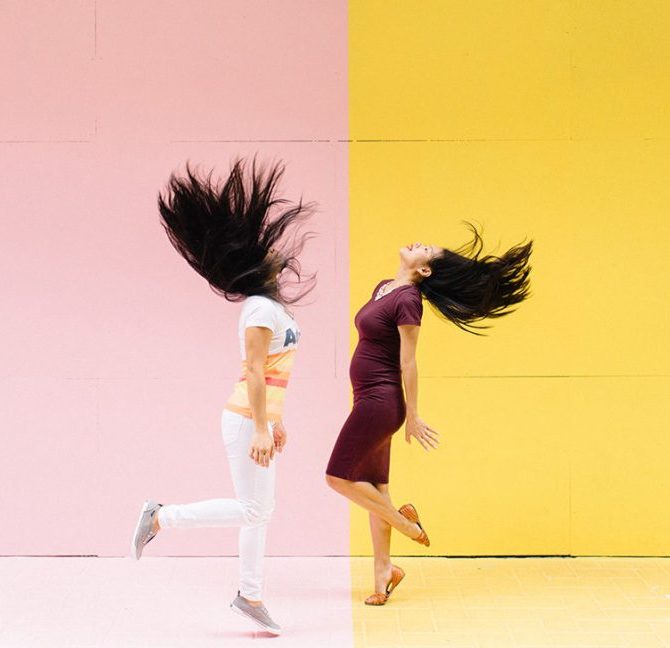 Dance is an art of time and space. It utilizes many of the elements that can be found in other arts.

Our ability to identify with other human bodies is very strong; the dancer exhibits feelings and we in turn experience those feelings. The choreographer–who creates the dance–interprets the feelings for us. In this way, we understand these feelings–and ourselves–with greater insight.

The serial structure of the dance provides just the vehicle needed to interpret these enduring states of mind. What is revealed is not so much why things happen as the inner reactions to the happening (p. 298).

Dance takes as its subject matter moving visual patterns, feelings, states of mind, and narrative, in various combinations. The form of the dance, the details and the parts as they work together to organize the structure, gives us insight into the subject matter. However, the details, the parts, and the structure are not as easily perceived as they are in painting, sculpture, or architecture, because the dance “moves on” relentlessly through time (pp. 298-99).

To enjoy the dance, we have to develop a memory of those movements. We do this by noticing the repetitive movement and the variations on those movements. We notice how the dance builds tension–by withholding movements we think should be repeated. Thus, repetition or the lack of it serves as an important “shaping” feature of the dance (p. 299).

We can identify a number of formal qualities:

The repetition of movements might be patterned on the repetition in the music. The musical structure of A-B-A is common. Often, the movements performed at the beginning are developed, enlarged, and modified in a later section, and then are repeated at the end, so as to help the viewer understand the full significance of the development.

Choreographers employ a number of techniques to give their dances balance. First, the dancers balance themselves across the space allotted to them. Second, they might give the dance centrality of focus, so that we see an overall shape. Third, the most important dancers take up center stage. Thus, we detect balance in terms of the relationship between the main dancers and the subordinate dancers and between individual dancers and the group.

The origins of modern dance can be traced to Isadora Duncan and Ruth St. Denis, who rejected the stylization of ballet, with ballerinas dancing on their toes and executing the same basic movements in very performance (pp. 311-12).

Duncan preferred natural movement; she danced bare footed, wearing gossamer drapery that showed her body and legs in motion. Also, she insisted on placing the center of motion just bellow the breastbone–the solar plexus. In this way, Duncan and her followers infused a new energy into the dance. She based her dances on abstract subject-matter, especially states of mind and moods, and expressed her understanding of them via her movements. Her works tended to be lyrical, personal, and (often) extemporaneous. Her movements tended to be on-going; they rarely came to a complete rest.

Martha Graham, Erick Hawkins, Jose Limon, Doris Humphrey, and other innovators who followed developed modern dance in a variety of directions. For example, Graham created dances on themes of Greek tragedies, such as Medea

Graham (d. 1991) studied with Ruth St. Denis and Ted Shawn who pioneered instruction in Oriental and primitive techniques. It soon became clear that classical ballet was not for Graham; she preferred the uncharted terrain of human passions as translated into angular movements, flexed (not pointed) feet, and rhythmic “contraction and release” breathing. Graham became a virtuoso dancer.

In 1926, she organized her own company and school (in New York), where she developed the “Graham technique,” which is reminiscent of ballet in its rigor and discipline. Graham’s contraction is a common movement: this is the sudden contraction of the diaphragm with the resultant relaxation of the body. This movement builds on Duncan’s emphasis on the solar plexus, but adds to that emphasis the systolic and diastolic rhythms of heartbeat and pulse (pp. 316-17).

At times, Graham’s dances have been very literal, with narrative pretexts (as in ballet). In Night Journey, she interprets Oedipus Rex by Sophocles, the dance accentuating the emotional links between Jocasta and her son-husband Oedipus (p. 317).

Life magazine selected (in 1991) Graham as one of the 100 most important Americans of the 20th century.

Graham performed until she was 76. To many, she has made the greatest contribution to modern dance. Graham has been compared her to Picasso and Stravinsky. She created 181 dance altogether, ranging from Greek dances to collaborations with composers, e.g., Copland and Stravinsky. Most of the major choreographers in the USA have studied the Graham technique, including Merce Cunningham, Paul Taylor, and Twyla Tharp. Many actors have studied this technique too: Kirk Douglas, Gregory Peck, Eli Wallack, Joanne Woodward, Diane Keaton, and Woody Allen. In an interview (1985), she said:

Tharp has developed a style pleasing to serious critics and dance amateurs, including a playfulness that seems appropriately modern. She has taken advantage of the new opportunities for showcasing dance on television, e.g., the Dance in America series. She has been particularly successful in adapting jazz of the 1920’s and the 1930’s to dance, e.g., “Sue’s Leg” (1976), which features the music of “Fats” Waller.