Swimming is an exercise for people of all ages. It can be easy and inexpensive, and a person can go at their own pace. Swimming helps a person to get or stay in shape, but the benefits also extend to mental health. 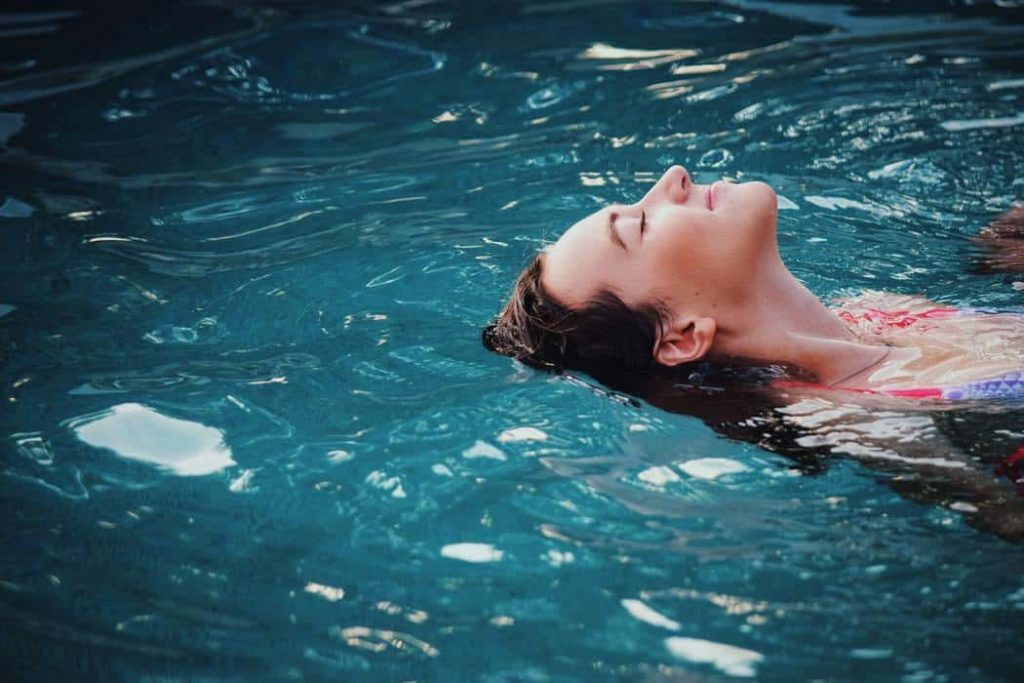 Swimming activity has been around for thousands of years. There are engravings that show people in the middle of the water supposed to swim, taking as date 7000 AC.

In ancient Greece, swimming has become a prerequisite for becoming a soldier so that they can improve their fitness.

Over the years, several cultures have given some relevance to swimming activity, but none have made it very popular. In the seventeenth century, the Japanese began to take swimming lessons at school compulsory.

It was only in the nineteenth century that the West really began to give some value to this activity, and over the years new styles of swimming emerged until it finally became a regulated export.

Swimming is an Olympic modality since the first Games of the modern era and since then the export has evolved greatly and has had different champions and records achieved.

One of the most notorious swimmers ever won dozens of medals recently, from 2004 to Beijing in 2008 and already with some decline in 2012, but nevertheless strong, Michael Phelps dominated swimming in the most varied styles, imposing several records and becoming the athlete with the most medals of the Olympic Games since its existence, and this record is far greater than the athlete who previously held it.

As has been said, over time numerous swimming styles have emerged, thus making the export diversify and increase its popularity. In competition, 4 styles are used, they are:

This is considered the oldest style there is. It consists of the athlete being with the chest facing down and makes a movement where he pushes the two arms forward at the same time and then opens them, simultaneously doing the same with the legs. The easiest way to understand it is to imagine open and close scissors.

In the Crawl, the swimmer is facedown and makes a circular movement with the arms, alternating the left with the right, almost like two propellers. The legs also make a synchronized up / down movement alternately.

Curiously, this style has no associated evidence, but in the freestyle where it is allowed to make the race with any style, the crawl is used by everyone because it is with which you can achieve higher speeds.

This style has everything equal to that of the crawl in movements of arms and legs, having only the peculiarity of being done of back (the sweep facing upwards).

Here the athlete is boosted by using both arms simultaneously, almost like the movement of being diving. The feet stand together and make a simultaneous up-and-down movement, similar to a dolphin’s fin.

There are also tests called “proofs of styles” which can be done individually or by stamps, in which all styles are used every x meters and in a predefined order.

Swimming offers a variety of benefits to mental and physical health. Fifteen are listed below.

Swimming engages almost every major muscle group, requiring a person to use their arms, legs, torso, and stomach.

Cardiovascular exercise, often referred to as cardio, involves the heart, lungs, and circulatory system. A thorough workout routine, such as one that features swimming, will include this type of exercise.

Research suggests that swimmers have half the mortality rate of inactive people. A study from 2016 indicates that swimming can help to lower blood pressure and control blood sugar levels.

Some types of exercise may be challenging for people who are new or feel very unfit.

However, swimming allows a person to go at their own pace, and it can be inviting for newcomers.

A person can learn to swim at a very young age, and most swimming pools have a designated area for beginners and people who prefer to swim slowly.

The benefits of learning to swim safely and confidently can extend beyond mental and physical fitness. In some cases, it may even be lifesaving.

Having an injury or conditions, such as arthritis, can make it difficult to do high-impact exercise.

Because water gently supports the muscles, swimming is preferred by many who are unable to take part in high-impact, high-resistance exercises.

A physical disability, such as paraplegia, can limit workout options.

Because water provides resistance and support, many people find that swimming is an ideal option.

Because swimming can boost confidence and improve social skills, it may benefit people with mental disabilities.

In addition to building cardiovascular strength, swimming can increase lung capacity and improve control over breathing.

While the humid air of indoor pools may also help to improve asthma symptoms, some studies indicate that disinfectant chemicals used in pools can make symptoms worse.

They may also increase the likelihood of a swimmer developing the condition.

Water keeps limbs buoyant, so people with MS may benefit from the support and gentle resistance that water provides.

One study noted a significant reduction in pain when people with MS took part in a 20-week swimming program.

Swimming is a recommended form of exercise for pregnant people.

Added weight can cause joint and muscle pain during pregnancy.

Swimming is especially popular with pregnant people because the water can support this weight.

This helps to feel more comfortable while staying fit.

It is always a good idea to consult a doctor when undertaking a new form of activity during pregnancy.

Swimming is an excellent way to burn calories. The amount burned depends on a person’s weight and how vigorously they swim.

Use this calories calculator to determine how many calories are burned while working out.

People tend to get bored with repetitive exercise, but there are many ways to keep swimming interesting.

There are several strokes to master and flotation aids to try. Also, classes in water aerobics and polo, as well as racing and diving, can help to add variety.

A trial involving older adults with insomnia reported improved sleep in those who exercised regularly.

A 2010 review determined that around half of the older adult population reports difficulty sleeping. If accessible, swimming may benefit those who seek better sleep.

Exercise releases endorphins, which improve the mood. Swimming may also boost confidence and social skills, which can impact a person’s self-esteem.

A 2014 pilot study involving people with dementia showed that those who swam regularly in a 12-week period showed an improvement in mood.

Exercise is a great way to relieve stress and anxiety. It can also redirect the mind away from troubling thoughts.

Though more research is needed, even 20 minutes of physical activity a week may help a person to feel more relaxed.

Swimming in a lake or ocean may be an attractive option. Always take safety precautions, such as ensuring supervision, when swimming in open waters.