HISTORIC PLACES IN THE WORLD

The world is filled with mind-blowing man-made historical sites and wonders out there. Over the thousands of years of human history, we’ve produced some pretty amazing sites.

Below are a few historical sites that every traveller should try to visit at some point. The story these ruins tell is part of humanity’s story. They guess a deep understanding of our history, power, commonalities and shared experiences. They show us how we’ve developed as a species. 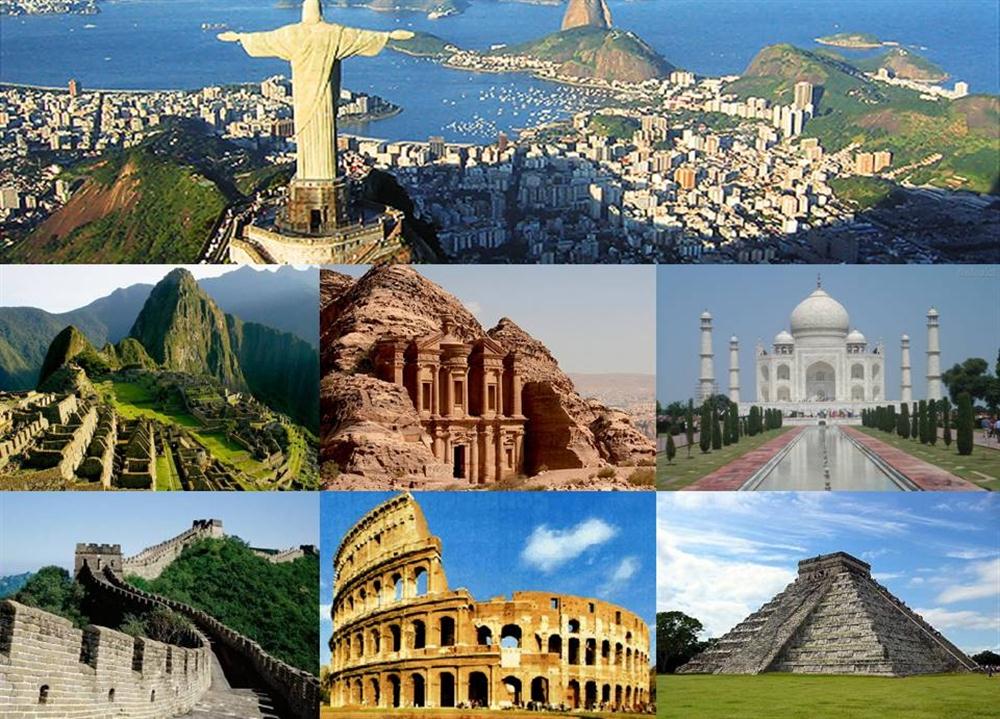 The ruins of Machu Picchu, rediscovered in 1911 by Yale archaeologist Hiram Bingham, are one of the most beautiful and enigmatic ancient sites in the world. While the Inca people certainly used the Andean mountain top (9060 feet elevation), erecting many hundreds of stone structures from the early 1400’s, legends and myths indicate that Machu Picchu (meaning ‘Old Peak’ in the Quechua language) was revered as a sacred place from a far earlier time.

The Pyramids at Giza

They are over 3,000 years old, and we still don’t have a good idea as to how they were built or how the Egyptians made them so precise. The three pyramids align to the stars and the solstices and contain tons of chambers that still haven’t been (and cannot be) opened. How did they create those little chambers where people can’t even crawl through? The largest one, called the Great Pyramid, was built by the Pharaoh Khufu and has limited access to it. The Pyramids are truly a marvel of human engineering that was fit for kings.

Stonehenge is a prehistoric monument located in the English county of Wiltshire, about 2.0 miles (3.2 km) west of Amesbury and 8 miles (13 km) north of Salisbury. One of the most famous sites in the world, Stonehenge is composed of a circular setting of large standing stones set within earthworks. It is at the centre of the most dense complex of Neolithic and Bronze Age monuments in England, including several hundred burial mounds. Archaeologists believe the iconic stone monument was constructed anywhere from 3000 BC to 2000 BC. The site and its surroundings were added to the UNESCO’s list of World Heritage Sites in 1986 in a co-listing with Avebury Henge monument.

This ancient city in Cambodia was the centre of the Khmer Empire that once ruled most of Southeast Asia. This empire fell into decline, but not before building amazing temples and buildings that were later reclaimed by the jungle for hundreds of years. Though Angkor Wat is packed with tourists, it’s still breathtaking to see. And the temple regions to the north and south see far fewer tourists than the main temple grouping.

Potala Palace, Lhasa, Tibet. The old Potala Palace was built in 7th century. At that time Zhanpu King (Shuzhan Genpu) established Tufen Kingdom in Tibet, Lhssa was its Capital, The Emperor of China’s Tamg Dynasty sent Princess Wenchen to merry Zhanpu King. Zhanpu King decided “to build a city to show the glory”, then started to built Potala Palace on the Red Hill. There were 1,000 rooms in it; however the old Palace was destroyed during the war. The present Potala palace was re-built major after 17 century, particular during Dalai Lama V period. The present Potala Palace is 119 meters height with 13 floors. It is famous for its high historical value and kept numerous treasures in it.

The Colosseum is probably the most famous landmark in Rome. Built in the 1st century AD, this great arena could seat 45,000 spectators and was the largest Roman amphitheater in the world. It hosted gladiatorial combats, spectacles with wild beasts and possibly the execution of early Christians. Throughout the Middle Ages, the Colosseum was believed to be a place of martyrdom and was therefore regarded as a sacred place.

Though it’s currently getting a face-lift, the Parthenon is still astounding and breathtaking. This ancient temple to Athena stands as a symbol of the power of Athens and a testament to Greek civilization. Moreover, it provides a sweeping view of Athens and nearby ruins, whose temples and buildings are equally as wondrous. Over the centuries, much of it and the surrounding structures have been destroyed by war and thieves. Luckily, the structure still stands; at least for now.

Located out in the Pacific Ocean, Easter Island, a special territory of Chile, is home to Moai statues that are the only thing left of a culture that once lived here. These gigantic and impressively carved heads are just another reminder that primitive people were not really all that primitive. The stones that attract visitors to this island are made out of volcanic ash; many still remain in the quarry, left behind by the inhabitants as diminishing resources on the island left their tribes doomed to wars that finally killed them off.

Christ the Redeemer (Portuguese: Cristo Redentor) is a statue of Jesus Christ in Rio de Janeiro, Brazil; considered the largest Art Deco statue in the world and the 5th largest statue of Jesus in the world. It is 39.6 metres (130 ft) tall, including its 9.5 metres (31 ft) pedestal, and 30 metres (98 ft) wide. It weighs 635 tonnes (625 long, 700 short tons), and is located at the peak of the 700-metre (2,300 ft) Corcovado mountain in the Tijuca Forest National Park overlooking the city. A symbol of Brazilian Christianity, the statue has become an icon for Rio de Janeiro and Brazil. It is made of reinforced concrete and soapstone, and was constructed between 1922 and 1931.

The Alhambra in Granada Spain is so much more than architecture and history, it is an overwhelming feeling. From the moment you start climbing the small hill which leads us to what I would like the gates to heaven or to our final resting place to look like; our bodies are invaded with new feelings and emotions. It is probable that many of us who are interested in the Alhambra, have seen beautiful pictures of it, but when you are coming closer, the magnificence of its physical aspect seeming to touch the deep Grenadine sky together with originality is breathtaking. Every day since its beginning as a castle in the 9th century, the Alhambra has lived memorable moments, both historic and passionate ones, and these sensations lived years ago are the ones which reach our most inner soul, causing us to tingling, trembling and even flurry.